The different sleeping habits of all living organisms are something to think of. We all need sleep, but we do it differently and for various purposes. Birds, for example, don’t go into sleep as much as it’s a slow-wave slumber that keeps them alert for potential attacks. Talking about birds’ sleeping habits begs the question: do birds sleep in the same place every night?

No, they don’t. However, they don’t go to new places. They mostly sleep in places they’ve been to throughout the day. It helps them stay close to their feeding spots.

That’s not all that’s there to it, though. Let’s explore the other weird sleeping habits of birds.

Do Birds Sleep in the Same Place Every Night?

Birds may change their sleeping place every night, and they may sleep in the same place for a couple of nights, but not more than that. They sleep in the areas they go to during the day, so they don’t care to stay in one place.

Sleeping in these places helps them secure their territories and feeding spots, so other birds do not take them over.

We can say that birds have regular sleeping spots, but they’re not necessarily the same every night. Only domestic birds keep sleeping in the same place each night. Parrots are a pretty good example of that.

Where Do Different Birds Sleep at Night?

Birds are either nocturnal or diurnal. The diurnal ones sleep at night, and each species has different places to rest at. Birds need to take care when choosing their sleeping area to protect themselves from predators. So, it’s not something done haphazardly.

Here’s a roundup of some bird species and where they sleep.

Wading birds are known for their exceptionally long and thin legs, along with their long bills. They’re known for foraging in wet areas, and they include egrets, flamingos, and ibises.

Author Note: These birds sleep standing up; they may do it near the water or inside it. When a predator is coming their way, the splashing sound of water will warn them in an instant.

Waterfowl species, including duck, geese, and their variations, will sleep floating on the water. They may sleep in the same pond each night, but not necessarily the same spot. Like wading birds, they sleep in the water, so the splashing sound will act as a warning when a predator is coming by.

Waterfowls also have the advantage of sleeping in large flocks. They’re not as susceptible to danger as other species that sleep alone.

Small birds sleep on high trees close to the trunk. By doing that, they’re seeking shelter from the cold because the trunks preserve the heat from the day. They don’t sleep on the same tree every day but rather sleep on the trees they visited during the day.

Most gregarious species sleep in large flocks for better protection against predators. Gregarious birds generally do everything in groups, including migrating and looking for food. They don’t sleep in the same place each night, but they stay close to their feeding grounds.

The birds sleeping on the flock’s edge stay alert throughout the night, acting as guards for the rest of the group.

Most other species choose any cavity to rest for the night, along with snags and tree canopies. They go for any place that’s safe from predators, and they visit it frequently during the day to claim territory. Some species even sleep in bird boxes or birdhouses if you want to attract them to backyards.

When Do Birds Go to Sleep?

Birds are used to sleeping according to the sun and moon. Their presence is in sync with either day or night. Unlike humans, they start their day early once the sun appears.

What Do Birds Do at Night When They’re Not Sleeping?

Most birds sleep at night, but it may change according to the time of the year. Plus, there are nocturnal birds who never sleep during the night. What do these birds do when they’re not asleep?

Night singing is a common habit between birds claiming their territories. They prefer to call out at night because there’s no ambient noise, and their sound can be heard all over the area and at far distances.

Birds may also sing at night to attract mates during the breeding season or to deter their competitors. Some of the most common birds to sing at night are barn owls, American robins, hermit thrushes, and common nightingales. Some other species, such as the sedge warbler and the northern mockingbird, will keep singing all night.

Birds that sing at night mostly stay close to areas with a lot of artificial lights.

Migration is the third most common night activity besides sleeping and singing. Strangely enough, diurnal birds are the ones known for migrating in the night, although that’s their sleeping time. However, they disrupt their sleeping patterns when it’s time for migration. It allows them to use the same routes the predatory birds will take, but without the risk of being eaten or attacked.

Author Note: Most raptors and prey birds soar during the day because they need the heat. In a way, this helps smaller birds migrate at night without fear.

Migrating at night also allows the birds to use the stars for navigation, and the lack of turbulent air makes their flight smoother and easier.

Can Birds Sleep in the Light?

Sleeping in the light will bother the birds because they already sleep in an alert state. Instead of regular sleeping like that of humans and some animals, birds go into unihemispheric slow-wave slumber. When sleeping, they’re partially conscious and aware of everything happening around them. This helps them deter any potential attacks.

If we were to sleep in the same manner, we’d have one eye open; that’s how alert birds are during the night.

If you sleep with one eye open, it’s needless to say that any light will bother you, and birds are no exception. They look for dark places with no loud activity around to avoid anything that can bother their sleep.

Where Do Birds Sleep on Cold Nights?

Sleeping becomes more challenging for birds during the winter. Unlike humans, they don’t have blankets or central heating systems to keep them warm.

They only have their instincts and what nature offers. If they’re not well-protected against the cold, they become prone to catching a lot of diseases, including hypothermia. They may also get frostbite, which is fatal if they’re not saved.

Author Note: Birds are intelligent creatures, though. They don’t change their sleeping places when it’s cold. Instead, they have a couple of tricks up their sleeves to survive cold nights. Here’s a brief about each trick.

They Enter a Torpor State

Entering a state of torpor is a bit like hibernation but on the milder scale. The birds lower their temperature and slow their body functions to save heat and energy for the cold weather. However, unlike hibernation, they only do it for a few hours when they’re asleep. Once they wake up, they return to normal.

Some species stay in torpor for weeks or days when the weather is stormy, but that’s a rare occurrence. Hummingbirds are the best-known birds for entering torpor states.

Birds that sleep in large flocks, such as gregarious species, may share body heat to survive the cold nights. In other words, they sleep close to each other, so their bodies are touching, and their heat is shared.

This survival method isn’t ideal, though. It puts the birds at risk of smothering each other and killing a few of the group. The lack of ventilation can also be dangerous for large groups.

They Fluff Their Feathers

Birds have an advantage that most animals don’t, which is the presence of feathers on their bodies. When they get too cold, they fluff their feathers out, creating air pockets that insulate their bodies and help them preserve their temperature.

On top of that, parent birds cover their chicks with their feathers to protect them from frostbite.

Birds don’t sleep in the same place every night. The places they frequently visit during the day are where they mostly sleep. They choose their places according to the weather conditions and their feeding areas.

The sleeping habits of birds are more fascinating than most creatures. It’s hard to imagine how they sleep with their senses awake and in different places daily!

Do birds sleep at night?

Where do birds sleep at night?

Birds sleep in a variety of locations, depending on the species and the environment. Many birds sleep in trees or bushes, while others may roost in caves, on cliffs, or in other types of natural shelters. Some birds, such as pigeons, may sleep on ledges or in man-made structures like buildings or bridges.

What time do birds go to sleep?

Prev
Why Do Carolina Wrens Sleep in Corners? Know the Facts 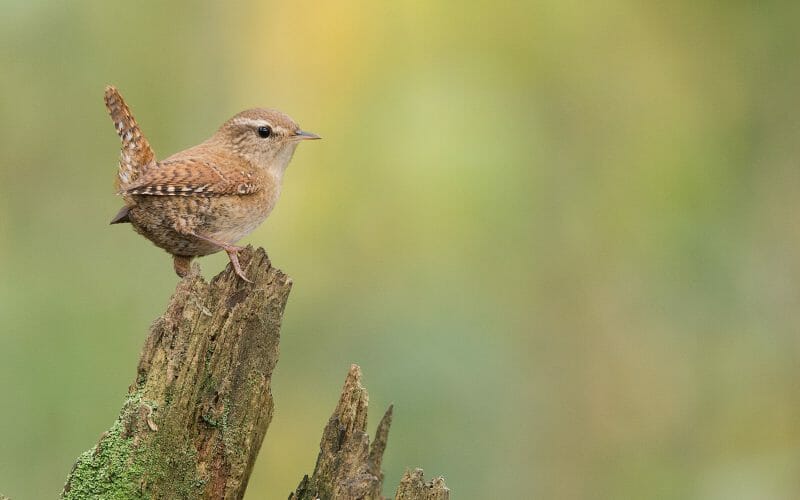 Next
Do Birds Sleep Standing Up? Know the Facts 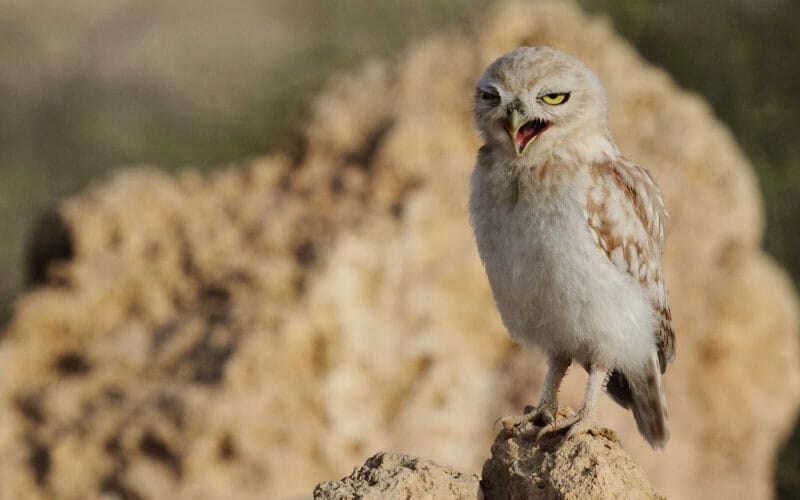 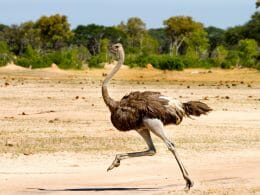 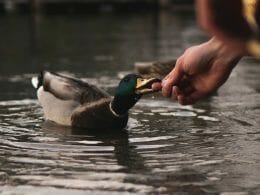 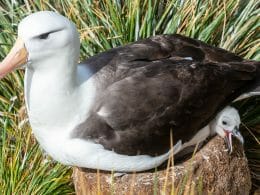 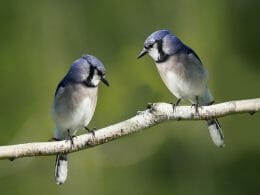