Turkeys are quite large, with wings that are too weak to carry them in flight. Still, turkeys, especially wild ones, can fly around a hundred yards per flight, thanks to their strong chest muscles which help power their wings just enough to get them to safety. So, how fast can a spooked turkey run? Keep reading to find out.

While their wings might be weak, their hind limbs are designed for sustained use. They help provide these land-based birds with the power they need to run, especially when there’s danger nearby. In fact, when it comes to running, turkeys are one of the ten fastest birds known to man.

With the help of their powerful legs, domestic turkeys can take off running in a matter of seconds. Their speeds average 20 miles per hour.

Author Note: Wild turkeys aren’t as heavy as domestic ones. So, they can run slightly faster, reaching top speeds of nearly 25 miles per hour. That’s about five miles per hour slower than a cat’s running speed! Pretty impressive, huh?

Turkeys vs Other Large Birds

We compared the running speed of a turkey to that of a cat, but how do turkeys compare against the two fastest running birds known to man?

Ostriches aren’t only the world’s largest birds; they’re also the fastest. Their long legs give them speed and momentum to move at over 45 miles per hour.

Ostriches are so nimble that they can cover 16 feet in a single stride! What they lack in flying ability, they more than make up for in speed.

Rheas are part of the Ratite family; a group of large flightless birds like the emu, cassowary, and kiwi. The Rhea bird has powerful legs and large wings. They work together to give it momentum when running.

Author Note: Rheas have a running speed of up to 35 miles per hour. Their special talent is running side-to-side to confuse their predators and gain a head start.

How Fast Can Turkeys Fly?

Domestic turkeys are heavier and bulkier than their wild counterparts. So, they’re not as adept at flying.

Wild turkeys are a bit more proficient flyers. When they’re spooked, wild turkeys are known to take flight. Surprisingly, they can fly up to 50 miles an hour!

Do Turkeys Roost in Trees?

Turkeys spend almost 90% of their day on the ground, foraging for food. These land-based birds have an excellent daytime vision and a 270-degree field of vision. They’re always on alert for both prey and predators, making them the ultimate multitaskers!

After all that hard work, turkeys need their sleep. So, when the sun sets, they roost in the trees until the early morning.

Author Note: These large birds can fly 50 feet straight up in search of a comfortable perch to settle down for the night. This provides them with a bit of protection from nighttime predators, especially since they have poor night vision.

How Far Can Turkeys Travel When Foraging?

Wild turkeys can travel a mile or two per day. It mainly depends on their environment and how far they have to travel to get to food and water.

The home range of wild turkeys can be anywhere between 370 and 1360 acres. This area typically consists of a combination of grass cover and trees.

Now that we’ve talked about how fast a turkey can run and fly. It’s now time for some turkey trivia.

Amaze your friends and family with these fun facts.

So, how fast can a spooked turkey run? The average running speed of a turkey is 20 miles per hour. That’s pretty surprising considering its large size.

Turkeys run mainly to escape predators. Wild turkeys can also take it a step further and fly a hundred or so to try and get out of danger’s way.

Domestic turkeys, however, weigh more and have weaker wings. So, flying isn’t an option. Yet, they can still impress us with their agility and running speed! We hope you enjoyed this article on how fast can a spooked turkey run.

Prev
Field Bags for Birding: How to Choose and What to Pack 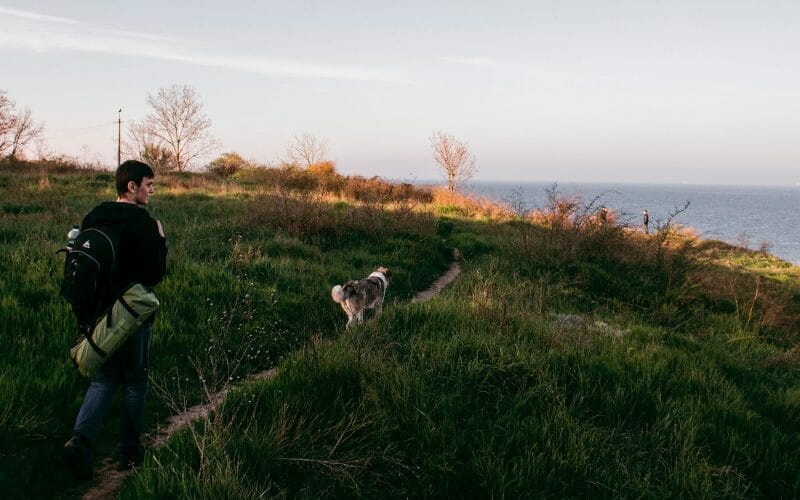 Field Bags for Birding: How to Choose and What to Pack

Next
How to Hang a Bird Feeder without a Tree: Complete Guide 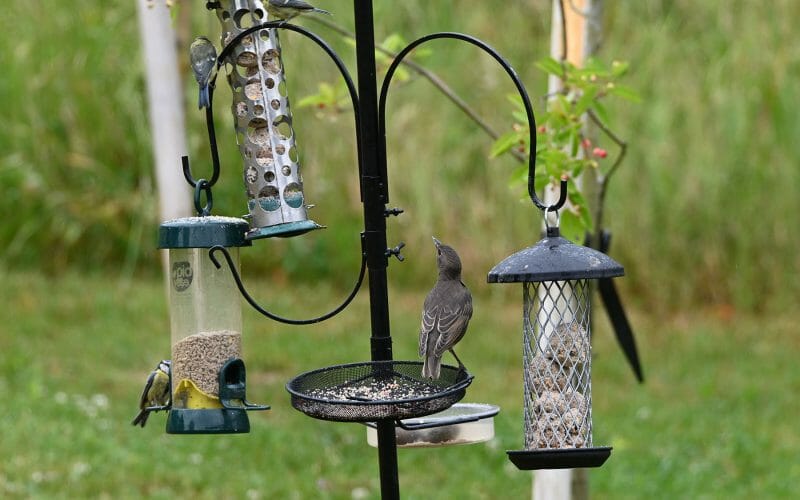 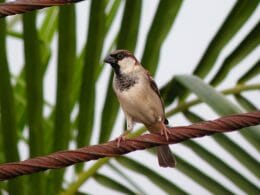 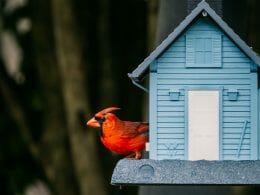 The Northern Cardinal, or simply cardinal, is one of the most popular birds in 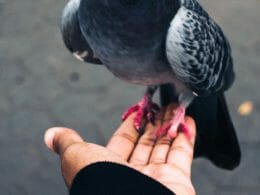 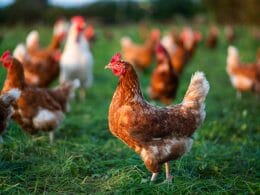 Chickens are surely a curious bunch