Owls in California: 14 Species in the Golden State

With its warm weather and 1.6 million acres of forests, California proudly hosts 14 species of owls.

It comes as a surprise for most people that California is home to that many forests. The state is often celebrated for its beaches and globally-acclaimed Hollywood. Today, we’re here to shed some light on its wildlife, particularly its collection of owls.

Out of the 14 species, only a few live permanently in the state. The rest come during the winter when it’s too cold back home. In fact, California’s warm weather is one of the primary reasons its wildlife is rich.

If you want to know more about owls in California, follow this article for a full roundup!

Barred owls are best known for two things: the aura of fear around them and the barred lines covering their bodies. They have that name because their bodies are full of white lines, standing out against their originally brown color.

Barred owls are best known for being dangerous and deadly. They won’t hesitate to attack any animal when they feel a threat, and there have been some rare recordings of human attacks.

Author Note: In California, you can see barred owls in northwestern areas. They typically prefer staying in woodlands and close to water streams.

These owls feed on rodents and snakes. At the same time, they’re fed on by their larger fellows, great horned owls.

Spotted owls look like the darker version of barred owls. They have strikingly similar looks, except that they have spotted bodies and darker eyes. That doesn’t come as a surprise because both owls belong to the same family.

However, despite their blood relation, barred owls regularly feed on spotted owls when food is scarce, their larger size helping them.

Unfortunately, spotted owls are endangered in California due to habitat loss and predators. There are some populations in the northern and central regions, but they’re steadily declining.

You may hear some people calling these owls ‘ghost owls.’ That’s because they have white faces that appear ghostly in the dark. No, no actual ghosts are included!

These owls usually nest in tree cavities and in abandoned barns, which got them their name. In California, the most recording sightings are near the state’s west coast.

Bear in mind, though, that these owls are nocturnal. So, you’ll hardly see them during the day. They’re at their most active during the dusk and close to the dawn when they’re out hunting.

Short-eared owls stay all year long in the northern regions of California. When it’s not their breeding season, they move to the south as well. They like to stay in prairies, and they choose places away from humans because they build their nests on the ground.

Top Tip: It’s not uncommon to see nests on the ground covered with feathers and wooden twigs. More often than not, these belong to short-eared owls.

Although the ground nesting puts short-eared owls at risk of attacks, they can handle themselves. They know how to play dead to trick their predators into getting away from them.

Long-eared owls have a similar name to short-eared owls, but they’re nowhere near similar. They have larger bodies and taller tufts on their heads. Plus, they look pretty scary with their hollowed faces and round eyes.

These owls are known to bully smaller birds and steal their nests. They don’t build nests but instead steal the ones already built by other birds. On top of that, they always stay in large colonies, so it’s hard to threaten them.

Long-eared owls often nest in woodlands and open grasslands. They prefer wide areas that can accommodate their numbers. You’ll mostly see them in central California, more commonly outside of their breeding season.

Great horned owls are equally as common as barn owls in the US. You’ll find them in most states, if not all, even if they’re not permanent residents or native to the state. They even appear in Alaska sometimes.

In California, great horned owls are common in the national parks. They like to stay near suburban areas and build their nests in dense woodlands.

Great horned owls are known to eat anything they come across. They’re opportunistic eaters, so they’ll eat anything with meat on it. Don’t get alarmed if you see a great horned fellow snatching a rabbit or attacking a cat.

Western screech owls have a distinctive appearance. Contrary to most owls, they’re small and stocky. Their heads are round, and their necks are invisible under the feathers. They have tiny tufts on their heads, resembling those of short-eared owls.

These owls have mottled grey feathers, helping them camouflage against trees easier than ever. They’re shy by nature, so they spend most of their time hiding in holes, waiting for prey to appear. You often hear them before you can see them because they don’t like attention.

They’re permanent residents in California, so you have high chances of spotting them. However, they’re strictly nocturnal, so you may want to go out at night if you want to see them. They prefer staying along coasts and near water swamps. And generally, they’re common in central California.

Great gray owls stay all year long in California. They’re more common near the northeastern regions. You’ll find them in high numbers in coniferous forests and areas with dense vegetation. They also like to nest on pine trees, so look for those.

Author Note: These owls are most active during their breeding season, and they hunt during the day. Other than that, their activity is limited to the nighttime.

Northern saw-whet owls are tiny when put in comparison with other species. They’re among the smallest owls on this list, making them prone to predatory attacks. Additionally, they’re among the few species that you can call beautiful.

Saw whets aren’t as scary as your average owls. They have round eyes surrounded by feathers that look like lashes. Paired with their heart-shaped faces and tiny bodies, they don’t have a scary feather on them.

In California, you can see these owls in most of the state. They reside permanently in the northern and eastern regions, and they stay in the south when it’s not their breeding season.

Northern pygmy owls are tiny, adorable, and pretty. Their heads are spotted, making them look like they have curly feathers. Their fronts are white with black streaks, and their wings are grayish brown.

These owls stay all year long in California, and their populations stay in northern and eastern areas. They prefer elevated areas where they can’t get eaten by wild animals. However, that doesn’t protect them from the attacks of fellow owls.

Author Note: Northern pygmies are strictly nocturnal because they don’t want to be seen. They can hide better at night, so that’s when they hunt. That means you’ll need to go out at night if you want to see them.

Although these owls are small, they’re still vicious. They’re known to hang their prey on thorns before eating it.

If you think Northern saw-whets are the smallest owls you can come across, think again. Flammulated owls are even tinier; they’re barely the size of a house finch. You’ll have to strain your eyes to actually see them, especially since their bodies camouflage against nature’s elements.

Flammulated owls only come to California during their breeding season, and they stay close to the eastern border. Although their small size makes them adorable, it also makes them prone to predators.

These owls mainly feed on insects, beetles, and bugs because that’s what their size can get them.

Burrowing owls have that name because they live in burrows underground. They’re the only owl species in North America to live under the ground, and they often steal burrows made by ground squirrels.

These owls live permanently in southern California. When it’s their breeding season, some of them fly to the northern regions to look for mates and build nests.

If you want to see them, you can look in open grasslands and suburban areas. They also like to stay in cemeteries, but I’m not sure you’ll like to wait for them there!

Snowy owls only come to the US during winter because it gets too cold in the arctic tundra, and they can’t find enough food to satisfy their needs. You can spot them in northwestern California, where the winter weather is mild and warm enough for them.

They’re also known for being nomadic. Although their natural habitat is very far away, they’re spotted sometimes in Japan and Korea.

These owls are strikingly beautiful, so you’ll be lucky to spot one of them. They have angelic white feathers, donning faded black streaks here and there. The adults have entirely white bodies because it helps them hide in the snow and attack their prey.

Author Note: Snowy owls regularly feed on lemmings, but they can eat arctic hares when lemmings are scarce.

Elf owls are the smallest species in the whole world; they’re about the same size as hummingbirds or slightly larger. Of course, that means that they’re often the meal of larger birds and predators.

When they feel danger around, elf owls will drop and act dead, so their predators leave them alone.

No thanks to their tiny size; elf owls can’t nest out in the open. They stay in tree cavities and holes made by woodpeckers, and they often nest in cacti to protect their young from attacks.

In California, these owls live in the southern areas, but they may not be seen outside of their breeding season.

Bird watching is a must if you’re visiting California for a little bit. The beaches aren’t the only places worth visiting; you can pay a visit to some of the state’s parks and enjoy seeing rare species.

If you’re lucky, you’ll catch sight of a rare snowy owl or a migrating spotted owl. Most of the 14 species live permanently in the state, so your chances of seeing them are high.

Prev
Oregon Seabirds: 15 Wonderful Seabirds You Can Spot in Oregon 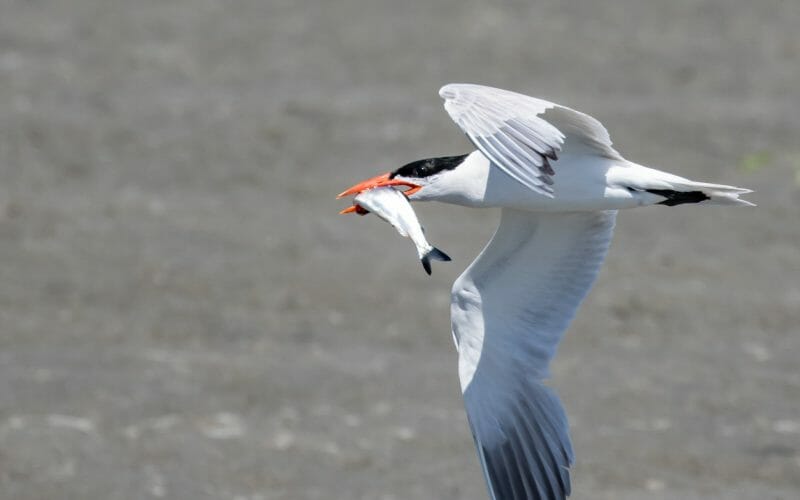 Next
Owls in Colorado: 13 Owls with Pictures for You to Identify Them 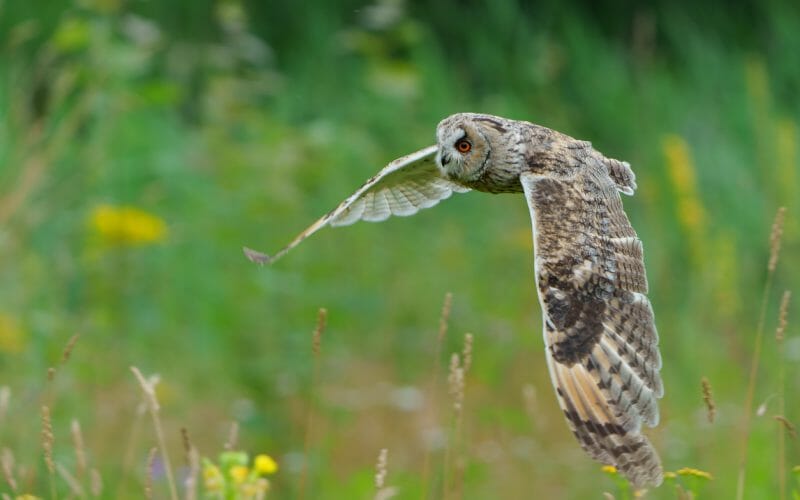 Owls in Colorado: 13 Owls with Pictures for You to Identify Them

Colorado is teeming with wildlife, that’s for sure, especially when it comes to 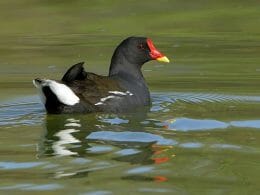 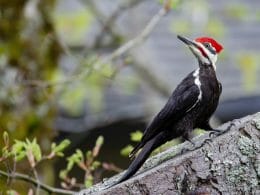 There are many species of woodpeckers in the United States 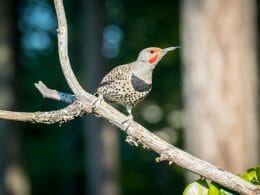 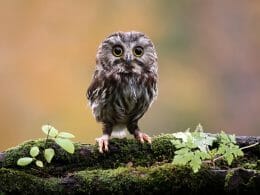