Birds of prey are known for their strength, agility, and power. In a world where it’s eat or be eaten, these qualities are extremely valuable to their survival.

However, some birds of prey aren’t only a threat to small animals; they might also attack humans when properly provoked.

In this article, we’ve listed 9 of the most dangerous birds of prey to watch out for. These predators can seriously injure a human if they put their minds to it!

The Top 9 Most Dangerous Birds of Prey

Snowy Owls are among the few birds of prey that regularly attack Arctic foxes, wolves, Jaegers, and, occasionally, humans. They’re extremely territorial and protective of their young and will thus stop at nothing to drive the threat(s) away.

Author Note: Native to the harsh Arctic Tundra, these owls have sharp, razor-like talons that can severely injure and incapacitate their victims. They’d peck, claw, and squeeze their target, causing extreme head injuries.

Snowy Owls go by many names, including Polar Owls, Arctic Owls, and White Owls. They’re one of the biggest species of owls in the world, second only to Blakiston Fish Owls and Great Horned Owls, and the only owl species with largely white plumage.

They mostly live off of northerly lemmings, but they won’t say no to voles, passerines, ducks, and fish.

Southern Cassowaries are arguably the most dangerous birds of prey that still exist today.

Found in the tropical rainforests of Papua New Guinea and north-east Queensland, Australia, these living dinosaurs of prey have attacked hundreds of humans and killed at least a dozen. Most of these attacks are a direct result of humans trying to either feed or interact with them.

Southern Cassowaries are enormous; they stand up to 6.5 feet and weigh up to 130 pounds on average. They’re also quite fast, capable of sprinting up to 31 miles per hour.

On top of their impressive size and speed, Southern Cassowaries have dagger-like talons that can quite literally disembowel with a single slash. They may also barge, peck, or head-butt humans and animals in self-defense.

Peregrine Falcons regard humans with disdain and fear. To these falcons, humans are the enemy—and understandably so. If they feel threatened by a human, they will attack.

Author Note: Like most falcons, Peregrine Falcons have razor-sharp talons and sharp beaks that can rip prey into pieces. Although they’re no more than 15 to 20 inches in length and weigh about two pounds, they can still do considerable damage if they put their mind to it.

Another attribute that makes them so dangerous is their speed. Peregrine Falcons aren’t only the fastest birds alive, they’re also the world’s fastest animals when diving.

They can dive up to a staggering 200 miles per hour! They utilize this impressive speed to catch or attack their prey. You certainly don’t want to be on the receiving end of their dive!

Harris’s Hawks hunt like wolves when catching prey. In fact, they’re often called “Wolves With Wings.” They’d lure their prey out with one group and catch it with another. This demonstrates not only hunting efficiency but also their intelligence and cooperation with one another. Other raptors hunt alone, so this behavior is extremely uncommon.

Although they’re smaller than most hawks, Harris’s Hawks can rival the strength of eagles and owls. They have sharp talons and beaks that would rip prey apart into nothing.

Bearded Vultures, also known as Lammergeiers, Ossifrages, and Huma Birds, are among the most extraordinary scavengers in the world.

Like other vultures, these eagle-like vultures feed on the corpses of animals, but here’s the thing: they mostly feast on bone rather than flesh.

Approximately 80% of their diet consists of bone and bone marrow. This is made possible because their stomach acid has a pH of about 1, so the dense material can easily be digested within hours.

Top Tip: Bearded Vultures are one of the largest Old World Vultures, standing at around 4 feet tall and weighing 10 to 15 pounds.

Although they rarely attack humans, they’re believed to have indirectly caused fatal injuries to unsuspecting passersby.

After feeding, these vultures would drop indigestible, too-large bones from heights as great as 80 meters onto the ground. Sometimes, these bones would hit the head of animals and humans, giving them severe concussions (if the impact didn’t outright kill them).

Bearded Vultures are also believed to steal lambs (hence the name “Lammergeiers,” which is German for Lamb Vultures), as well as calves and, according to some, children. There’s no proof to these tales, though, so take it with a grain of salt.

Overall, Bearded Vultures are loved, even revered, by people in certain cultures. People from Tibet call them “Sky Dancers” or “Sky Angels,” believing that they carry the spirits of their loved ones to heaven as they await reincarnation.

Himalayans show their appreciation for these vultures by “donating” human flesh, to which the bird would happily consume.

Dubbed as North America’s largest birds of prey as well as Mexico’s national bird, Golden Eagles are one of the strongest animals alive.

They’re among the few birds of prey that could steal your toddler. They won’t, of course—they have no need for human babies—but they certainly could considering how powerful they are!

They use their immense strength and deadly-sharp talons to snatch up marmots, squirrels, and rabbits straight off the ground. They’d sometimes even snatch livestock, foxes, caribou, and adult deer.

Aside from their strength, Golden Eagles are praised for their speed. They’re so fast they can dive at speed of more than 150 miles per hour—not quite as fast as Peregrine Falcons, but still very impressive!

Golden Eagles pose a threat to humans in areas they frequent. Although they’re not actively hostile to humans, they can be aggressive towards those who encroach on their nests or territory. It’s certainly not unheard of for them to attack humans who get too close.

Red-shouldered Hawks aren’t hostile towards humans, but they do become aggressive during nesting season or when defending their territory. They’re highly protective of their eggs and young, and will not hesitate to attack if you come too close.

Found in eastern North America to northeastern-central Mexico, Red-shouldered Hawks are permanent residents throughout most of their range.

They’re usually spotted along moist lowland wood and river valleys, soaring in circles or gliding from tree to tree in search of food. They migrate from time to time, but they don’t travel far.

Top Tip: Red-shouldered Hawks are exclusively carnivores. They’re not too picky with their food; they’d feed on mammals, reptiles, amphibians, insects, and other birds. Their beaks are sharp and deadly, designed to rip and tear through sinew and tough skin with ease.

Don’t let their long, fluttering lashes fool you—Secretary Birds are among the deadliest birds of prey the world has ever seen. They’re dubbed “Killer Queens” for a reason!

Despite their stork-like appearance, Secretary Birds are closely related to birds of prey like eagles and hawks. They stand at around 4 feet tall but only weigh up to 5 to 9.4 pounds, allowing them to fly at heights of up to 3,000 meters (10,000 feet).

Like most birds on this list, Secretary Birds don’t attack indiscriminately and only do so in self-defense. They’re not as hostile as Cassowaries, but that doesn’t mean they can’t severely injure a human if they want to.

What makes Secretary Birds so dangerous is their strength.

According to a study published in 2016, these birds can kick with 195 Newtons when they kill their prey. To put that into perspective, that’s about five times their own body weight.

These birds kick with deadly accuracy when hunting for prey. When they find a snake, they’d stomp it with ferocious speed. Their rapid strike contact duration is about 1/10th of the time it takes for us to blink.

Secretary Birds are endemic to the south of the Sahara Desert, from south to South Africa and Senegal east to Somalia. They can be seen strutting on savannas, grasslands, and shrublands, in search of their next (unfortunate) meal.

Harpy Eagles, also known as the Royal Hawk, are the largest and most powerful birds of prey found throughout their range (Mexico through Central America, down to northern Argentina in South America). They’re also among the world’s largest extant species of eagles.

These eagles are mostly spotted in lowland tropical rainforests, perked on canopy treetops.

With a wingspan that reaches up to 6.5 feet (2 meters) across, Harpy Eagles glide through their forest with impressive, albeit worrying, agility. They’re so fast they reach speeds of up to 50 miles per hour, giving their prey no chance to run and hide.

Once these eagles have their eyes on their prey, it’s game over. If their prey somehow manages to escape, they’d perch silently on a tree and wait until their prey comes out of their hiding place. It doesn’t matter how long it takes; some Harpies even wait up to 23 hours to catch unsuspecting prey.

Although these birds seem near-invincible with their massive bodies and terrifying strength, they’re on the verge of extinction.

This is mostly due to habitat loss, followed by illegal hunting. People shoot these birds because some fear that they may threaten livestock or hurt other humans.

Today, they’re listed as “Near Threatened” at an international level.

Remember: these birds aren’t actively hostile to humans. In most cases, they’re more afraid of humans than you are afraid of them. They only ever attack when they’re provoked or if you get too close.

Even if they appear calm, don’t be fooled; they can switch into “attack mode” in an instant and cause severe injuries! As such, these magnificent creatures are best observed from afar. 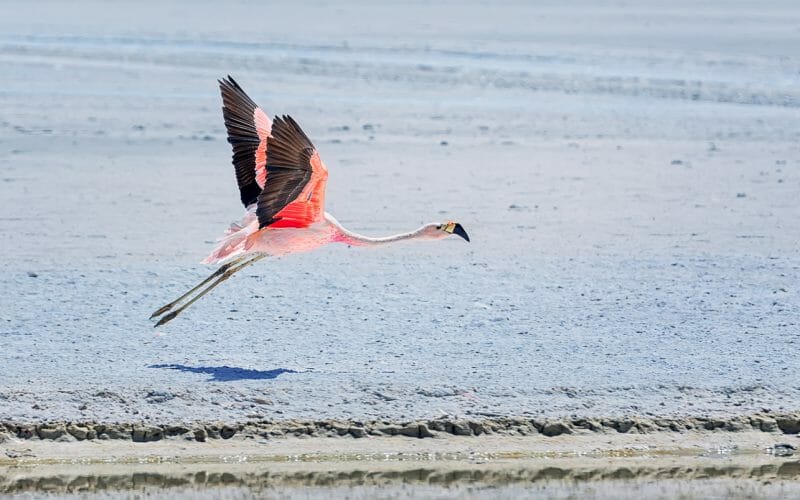 Next
Why Do Blue Jays Peck Wood? A Comprehensive Guide 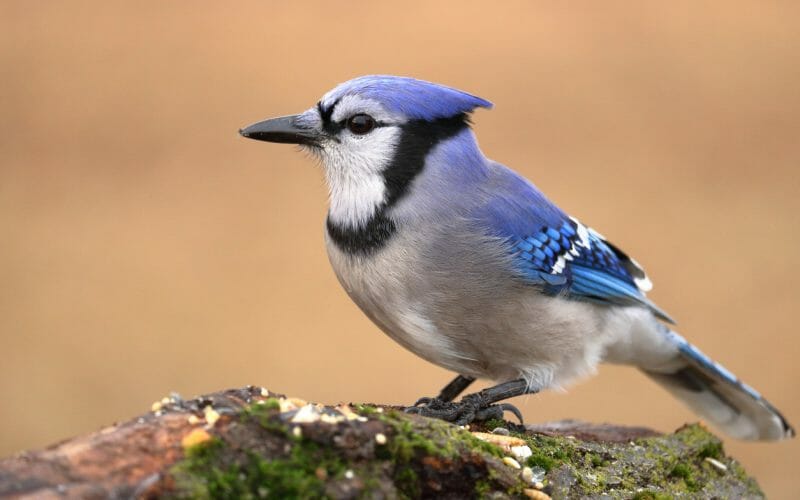 When it comes to looks, blue jays are among the most beautiful birds 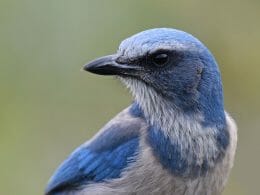 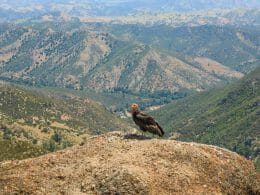 California Birds of Prey: 19 Most Common Species with Pictures

California is known for offering tons of activities through its sunny beaches, 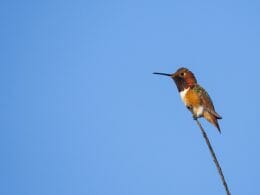 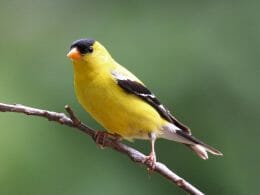