What Are Bird Watching Huts Called? Know the Facts

North America is home to more than 9,00 species of birds, which is why the hobby of birding and bird watching is extremely popular around the country. One of the best ways to gaze upon the beauty of birds in their natural habitat is by observing from a subtle hut. But what are bird watching huts called?

Bird watching huts go by many names, including bird blinds and bird hides.

Today, we’ll walk you through an in-depth guide that answers all these questions, so without further ado, let’s jump right in!

Contents hide
What Is a Bird Watching Hut Called?
Why Are They Called So?
Are Twitchers the Same as Bird Watchers?
Is There a Difference Between Bird Watching and Birding?
How to Get Your Own Bird Blind to Watch Birds in Your Backyard
Top Tips While Bird Watching in a Bird Hide
Avoid Loud Noises
Do Your Homework
Know When to Wait, and When to Try Phishing
Wrap Up

What Is a Bird Watching Hut Called?

Bird watching is an activity, hobby, that is practiced for a multitude of reasons ranging from enjoying the beauty of bird wildlife, studying, or even hunting in some cases.

For a person to do bird watching properly, they must use a specific shelter or a hut. This place goes by many names that may vary depending on where you are in the world.

When humans first built a bird blind, the main purpose of building it was to help them hunt the birds.

Author Note: However, today, they’re less likely to be used solely as hunting aids and more commonly found wetlands, parks, marches, and other spots where some species of birds are likely to hang around.

Besides birdwatchers and birders, ornithologists and other people who study birds for various reasons might resort to these bird blinds, especially when their studies need undisturbed birds.

Why Are They Called So?

While bird watching, you want to be as close as possible to the birds without letting them see you and get spooked.

This also shows from the design of the typical bird blind. It’s usually a structure that is often camouflaged to allow whoever is inside to hide in plain sight from wildlife, especially birds, at close encounters.

This is because most birds will likely consider humans as a threat when they’re standing free in the open. For that reason, your chances of earning a close encounter with a bird improves significantly when they can’t spot you, hence the value of a bird blind.

Ideally, the average bird blind will look like a typical garden shed and covered with some form of leaves.

They will have multiple small openings, windows, and shutters built into one or more than one side of the bird blind.

Depending on the size and type of these observing spots, they’re better suited for various roles, such as taking better photos up close, or having a close look at the bird while they behave naturally.

Although bird watching huts are the most common form of “bird blinds”, some people will consider anything that performs the same role as a functioning bird blind. For instance, some people find motor vehicles a perfect bird blind even with the windows down.

In other words, a bird blind isn’t necessarily a large shed with holes and openings on one side where a bird watcher stands, but anything capable of keeping you hidden from the birds’ eyes.

Are Twitchers the Same as Bird Watchers?

While we’re at it, you might be interested to know what people who watch birds are called. Depending on what the person is doing, they might go by different names.

Author Note: Some people call bird watchers as simple as “bird watchers” or “birders”, while others might call them “twitchers”. However, the majority of the birders’ community believes that bird watchers and twitchers are two different things.

Twitching is a mainly British term that is used to describe a person who is in the pursuit of watching and photographing a previously located rare bird in the area. The North American alternative to that term is “bird chasing”.

Another difference between birders and twitchers is the purpose of the activity. Twitching is a highly competitive activity that is mainly about granting the person with the largest list of rare birds encounters the bragging rights.

The term “twitcher” originated in the late 1950s to describe the nervous “twitchy” behavior of a British bird watcher called Howard Medhurst. It also explains where the games streaming platform “Twitch” has got its name.

On the other hand, a bird watcher is someone interested in birds in a different way. Bird watchers better describe a person who is mostly interested in observing all kinds of birds and their behaviors in their natural habitat regardless of the rarity status of the birds.

The information shared by bird watchers is usually gathered and listed in a database, which is then used to determine whether the number of birds of certain species is rising, falling, or stable.

Is There a Difference Between Bird Watching and Birding?

While bird watchers and birders describe people of the same interests, there are also some differences between the two.

One of the main distinctions between bird watching and birding is the discipline and dedication of the activity. For example, if you want to be a bird watcher, all you need to do is pass by a bird stop, and enjoy it.

Unlike twitching, a bird watcher will usually let the bird approach them by using a passive pursuit tactic of being in the right place at the right time.

You can bird watch from the comfort of your vehicle or from a serious bird blind specifically constructed for that purpose.

It’s a great way to contemplate nature and enjoy the beauty of the birds with little equipment. You might not even require binoculars for the job.

On the other hand, a birder is someone that is a little bit more serious about the activity of watching and enjoying birds.

Birders will adopt active pursuit tactics in which they willingly seek out birds and might travel between states or even countries just to encounter a specific species of birds and observe them all day from a safe distance.

Bird watching is a simple activity that doesn’t require any kind of equipment or tools. As for birding, there are some tools and equipment that you’ll probably need

The best and easiest way to build a bird blind is by getting a camouflage small tent and opening multiple holes and windows in it.

The benefit of this type of DIY bird blind is that they’re relatively lightweight and highly portable. So not only will you be able to deploy it and store it with ease, but you’ll also be able to take it to any place where you have better chances of spotting the birds.

If you want to make your DIY bird blind more subtle, getting a specialized camo netting is your best bet, this one highly affordable and comes in a variety of designs to suit your backyard’s colors.

Author Note: If you prefer a pre-built bird blind, there are plenty of options on the market, such as Ameristep Outhouse Hunting Blind, which is available in multiple sizes and has 4 openings for a 360 degrees view to allow you to watch birds in all directions.

Top Tips While Bird Watching in a Bird Hide

Here are some helpful tips to make the most out of your bird hide or blind:

The whole point of using a birding blind is to have a chance to watch the birds up-close without freaking them out. Birds will only behave naturally in a serene environment, so try to make as little noise as you can.

Every bird prefers to live in a specific habitat and some of them are extremely selective. For that reason, what looks like a perfect spot might not turn out as good as it sounds.

Know When to Wait, and When to Try Phishing

When dealing with wildlife in any sort, patience is always the key. You have to give the birds enough time to feel safe around the bird blind before they approach it.

However, in some cases, you might want to move things along a little bit by phishing, which is making low-pitched bird calls by kissing the back of your hand or blowing a special whistle. With enough experience, you’ll know whether patience or phishing is the right choice.

There you have it! A complete guide that answers the question “what are bird watching huts called” as well as a brief explanation of different bird watching terms to clear out your confusion.

No matter what you call it, the most important thing is that you love birds and you enjoy watching them!

Prev
Rare Birds in the Southeast: The Top 11 Rarest Encounters 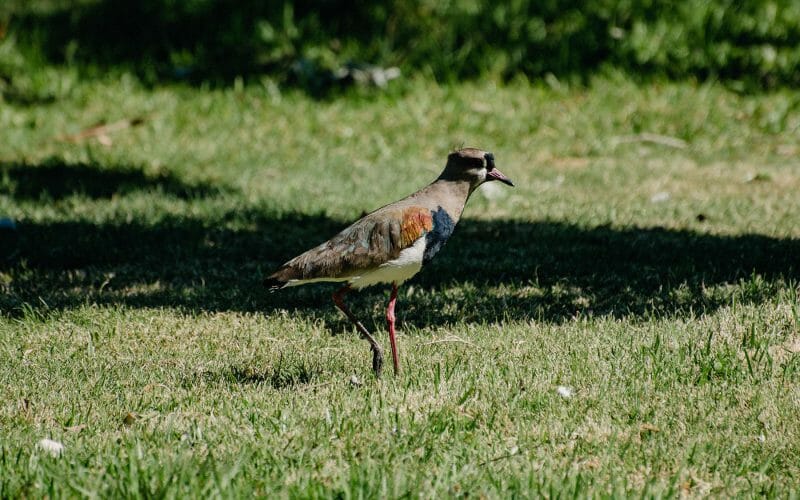 Next
What Do Baby Nuthatches Eat? 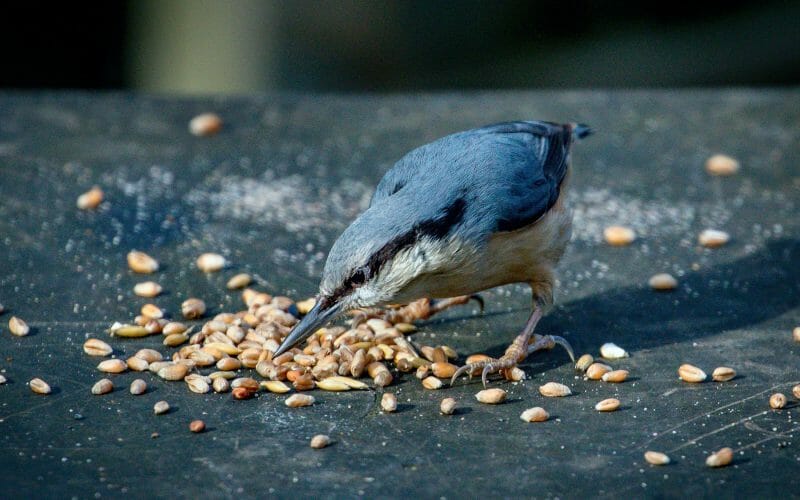 What Do Baby Nuthatches Eat? 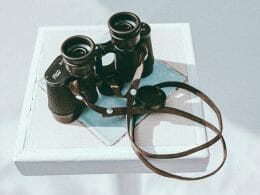 How to Thread a Binocular Strap: The Complete Guide 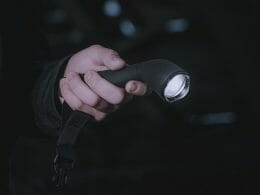 If you are someone who enjoys and prefers night birding, then one thing that you 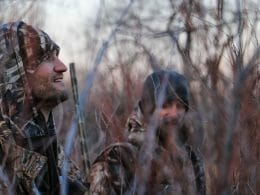 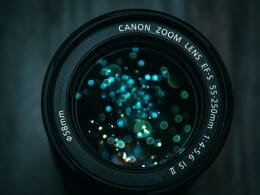 Best Filter for Bird Photography: Choose The Right One

Birds are fascinating creatures, and capturing their beauty and behavior is a