Chickens are surely a curious bunch. They’re active, sociable, and a joy to be around if you keep them in your backyard or you have a farm. But what is a group of chickens called? And are there more names that describe different gatherings of chickens?

Another word that you can use with a group of chickens is “brood,” but it’s more specific to a family unit of chickens. Therefore, it’s not as broad as “flock.”

If you’re ready to find out more about chicken-related terminology and interesting facts, stick around. In this article, we’ll answer some questions that might be on your mind.

What Are All Terms That Describe a Group of Chickens?

Even though “flock” is the most common term people use to refer to a group of chickens, there are other words you may want to add to your vocabulary. That’s because these terms describe certain groups of chicken, so they can be more accurate than “flock” in several situations.

Now that you’re familiar with the various words you can use to talk about different groups of chickens, let us answer more questions you may be having.

What Are Other Chicken-Related Terms That Everyone Should Know?

Besides understanding what a group of chickens is called, it’s important to know more terms that refer to male chickens, females, babies, and the like.

Here’s a list of every chicken name that came as a result of farming and the domestication of chickens:

Is There a Special Term to Refer to a Group of Roosters?

Unfortunately, there isn’t a word to describe a group of roosters, but there’s a logical explanation for this.

The reason behind this is that roosters don’t naturally gather in groups, so you won’t stumble upon a flock of chickens that are exclusively male.

See, roosters tend to be aggressive around each other, and they’ll soon start to fight if there aren’t enough hens to mate with in their flock. Therefore, there’s no reason to come up with a word for a group of roosters!

Author Note: If you’re wondering how many hens should be enough so that roosters could hold off on their aggression, you’d be surprised when you find out the number.

For each cock, there must be from ten to 15 hens in a flock of chickens to keep the males from competing with each other for when it’s time to breed. Wow, right?

How Many Chickens Make Up a Flock?

You can start calling a group of chickens a flock when they’re as few as three chickens only. A small flock is usually between three and ten birds, while a medium-sized flock might include a few dozens of chickens.

Quite impressively, industrial farms tend to have thousands of chickens. Yet, you can’t describe this huge group of birds as a flock because this word is associated with chickens that have bonds with each other.

In a flock, the chickens express their social instincts, forming hierarchies, a pecking order, and other indications of a small society amongst themselves. Think of it as one big family where roles and ranks are divided based on a natural intuition.

Yet, it’s rare to find instances where chickens of the lower ranks get bullied or bothered by those of higher ranks. On the contrary, a flock of chickens is all about friendship and familial bonds. Pretty cool, don’t you think?

Is There a Name for a Pair of Chickens?

No. Chickens don’t normally exist in pairs because they prefer more company to keep up with their social personalities. Therefore, there isn’t a term for just a couple of chickens.

Ideally, chickens like to be kept in a group of five where they could start forming a flock. A group of three is still possible, though, but five is where the magic begins!

Keep in mind that only having two chickens might have a negative impact on their mental and emotional health. They could end up with depression and anxiety, which could lead to developmental issues and affect their lifespans.

Why Do Chickens Flock Together?

It can be a bit tricky to answer this question because some behaviors can’t be explained. This is especially curious since the ancestor of chickens, the Red Jungle Fowl, doesn’t flock with others in the wild.

Quite the opposite, flocking is a behavior that evolved with chickens after they were domesticated. But what are some theories that might explain this?

Author Note: One assumption is that flocks are mainly established for the purpose of reproduction. Males and females will fall into specific hierarchies that build a strong system to increase birth rates. It’s simply the chickens’ way to preserve their kind.

Another theory as to why chickens flock together is that a tight group of chickens can be beneficial in many scenarios throughout their lives. For example, being part of a flock means better protection against predators and warmer winters.

Besides being a necessary means to survival, let’s not ignore the fact that chickens need to flock to have company and fulfill their social instincts. See, chickens are active beings and they require daily interactions with their own kind to remain in good spirits and health.

If they feel lonely, chickens could suffer from anxiety, depression, and boredom. The longer they remain in isolation, the more depressed they would get. Sadly, this could lead to destructive behavior, including self-harm.

When Do Chickens Flock Together?

Chickens usually flock together when they’re kept on a farm or a backyard where their numbers can be convenient enough to form a tight group. As we’ve already pointed out, staying on an industrial farm with hundreds or thousands isn’t a suitable environment to establish flocks.

Top Tip: Sometimes, feral chickens that came to live in the wild will also form their own flocks once they’ve settled in a certain spot and made a home of it.

Are Other Groups of Birds Called the Same As a Group of Chickens?

The term “flock” usually works with most other groups of birds, but that’s when their similarities to groups of chickens end. When describing gatherings of ducks, geese, or others, there are many more words you’ll want to be familiar with:

What is a group of chickens called?

It’s a good question to ask, especially if you’re not familiar with the terms farmers use to describe their animals. Now that you’ve read our article, you know that a group of chickens can be called anything from a flock to a brood, to a clutch.

You should also be able to tell the differences between all the chicken-related terms and have a better understanding of how chickens behave in their flocks.

It’s amazing to dive deeper into the little world of chickens and get a closer look at their lives, right?

Prev
When to Put Out Finch Feeders: A Comprehensive Guide 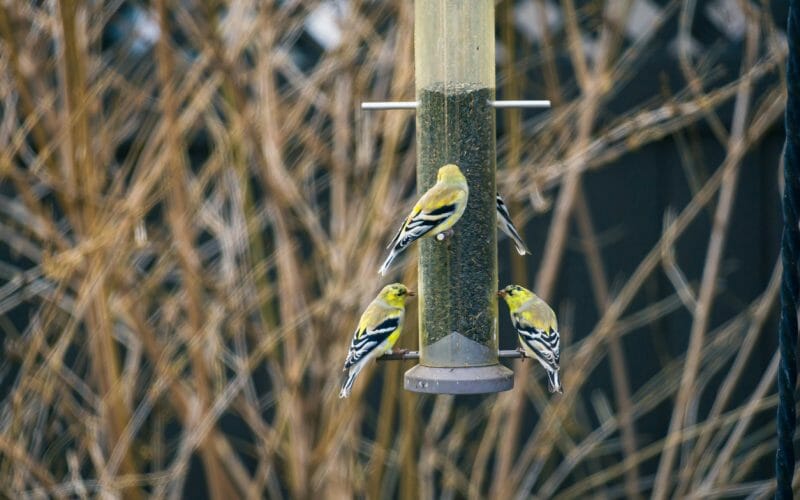 When to Put Out Finch Feeders: A Comprehensive Guide

Next
How Long Do Geese Live? A Comprehensive Guide 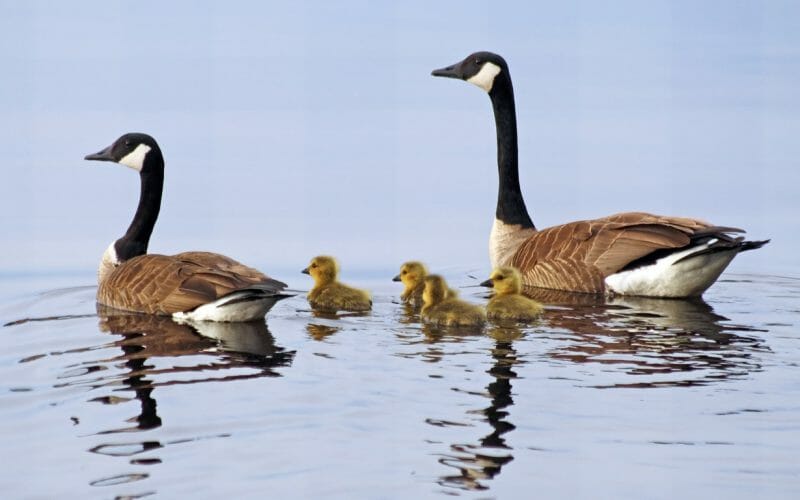 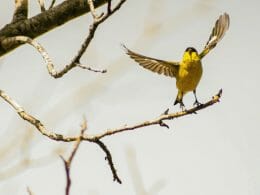 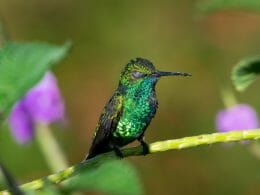 Where Do Hummingbirds Sleep?

As it turns out, the tiny hummingbird is quite a busy bird 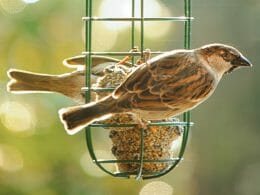 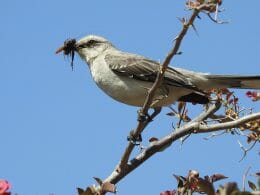