Once the nights start getting longer, you might notice that the forests are quieter. That’s because the continuous hum of the drilling master is nowhere to be found.

What are they up to?

Despite the apparent silence, there’s a lot that goes on with a typical woodpecker during the winter, from finding warm homes to stocking up on food.

So, what do woodpeckers do in the winter, and how do they manage to survive the drop in temperature? Let’s find out!

What Do Woodpeckers Do in the Winter to Escape the Cold?

Winter times can drastically affect woodpeckers simply by altering the availability of the life forms they feed on.

Yet, birds are smarter than we tend to give them credit for.

Here are some ways the crafty woodpeckers survive the harsh winter seasons:

Migrating to the South

In the United States, a lot of the common woodpecker species migrate down south to escape the cold.

The migration cycles start in fall around September, triggered by food scarcity with the first signs of winter.

Around April or March, the migrating birds tend to return to their native lands in the North. That’s usually when their breeding period begins.

Take the Williamson’s Sapsucker species as an example. The bulk of their summers is spent in the British Colombian mountains. They then visit Colorado for the breeding season. Meanwhile, they spend the winters around New Mexico.

However, some of them avoid migrating by just dropping their altitude in the mountain ranges they live in.

Author Note: Similarly, a portion of the Red-breasted Sapsucker population migrates back and forth between the Pacific coast and the inland in California.

Other species that travel to escape the cold weather are the Yellow-bellied Sapsucker and the Northern Flicker.

Some species prefer to stay in their regions despite the cold. For instance, the Downy, Hairy, Red-bellied, and Pileated Woodpeckers are all non-migratory birds.

Although they might move very slightly depending on food availability, these species tend to stay in more or less the same region.

To find protection in their home forests, they chisel protective holes in tree trunks. Since it takes a while, the bird starts during the fall in preparation for the upcoming winter.

It can be quite the hard work to empty a hole that’s large enough to hold its body. However, the bird will desperately need it for protection once the cold nights start rolling in.

Top Tip: In the winter, the non-migratory woodpeckers spend the majority of the day in the warmth of their cozy quarters.

The same kind of excavated nests holds the offspring until they’re old enough to create their own hideaways.

One of the main issues that winter brings to woodpeckers (and other birds, for that matter) is how scarce certain food becomes.

For one, some of the phloem tubes that carry nutrients tend to freeze and burst.

While the tree will end up being fine since it has a bunch more phloem tubes to compensate for it, the birds suffer. Mainly because the amount of sap available is much less than usual.

To make matters a little more complicated, the bug population can also decline during the winter. That’s because they also hibernate or migrate.

That’s why the woodpeckers shift their diet to other available resources, like wintering berries, nuts, and seeds.

Although the surviving insects will be inactive and hard to hunt, the bird might still be able to pick larvae tunneled into trunks.

Author Note: Certain species can also chisel holes to store nuts in preparation for the winter. The acorn woodpecker is rather notorious for this food conservation tactic!

As a final resort, woodpeckers around cities can use suet feeders as a supplemental food source.

Are Woodpeckers Active During the Winter?

No, woodpeckers aren’t particularly active in the winter. Instead, their activity peaks during the Spring, around their breeding season.

That’s when the forests are filled with drumming and drilling sounds.

After all, the bird doesn’t just peck to chisel out tree cavities for nesting and food storage. It’s often tied to breeding and territorial behavior.

The males tend to use their peaks and tap on tree trunks to establish dominance over their space. The beat of the successive taps is what sounds to us like a reverberating drum.

Plus, you’re more likely to hear the woodpeckers during the first of sunlight, anyway.

How Can You Attract Woodpeckers in the Winter?

If you live somewhere with wintering woodpeckers, you can use the chance for a sighting. You’ll need to look for ways to attract the little drummers to your backyard, though.

One safe way to do that is by handing suet feeders.

You can easily get beef suet packs from the nearest store, but you can also make them at home. It’s even possible to wrap it in wax paper and refrigerate it for later.

For the bird, store-bought and homemade suet are all the same. It’s the general atmosphere that actually matters.

Ideally, you’ll want to put the feeder somewhere with tall shrubs or around large trees. This will give the bird a sense of protection from predators.

Author Note: Just remember that it’s generally not recommended to interfere with wildlife. So, don’t leave your suet feeders out during the warm weather. Otherwise, it could melt on their plumage, clog the pores, and cause feather loss.

So, what do woodpeckers do in the winter?

They mostly limit their activity, stay in homes that they chiseled in trees, and alter their diets to what they can find around.

That’s why hanging suet feeders seasonally can be a good move for those who’re looking to attract the drummer bird to their backyards.

Other species might migrate even before the winter season starts. That’s another way to escape the extremely low temperatures.

All in all, each woodpecker species is more than well equipped to deal with the season changes that we can only stand and watch in awe! 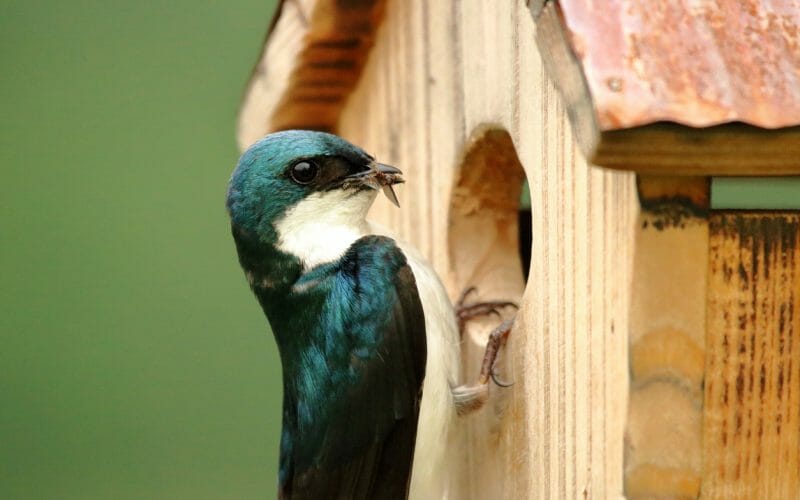 Next
Woodpeckers in Alabama: Top 9 Most Common Species with Pictures 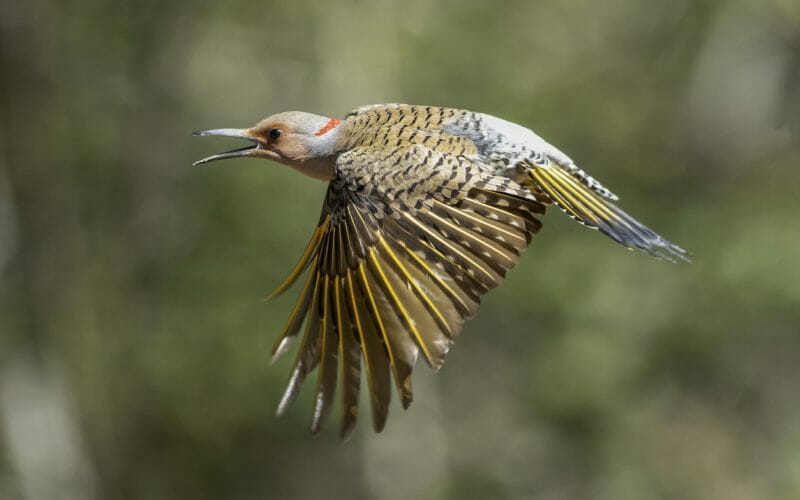 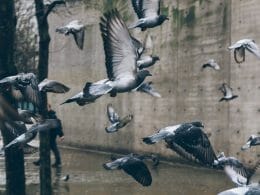 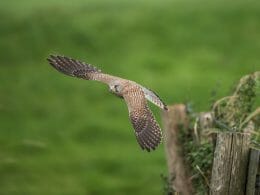 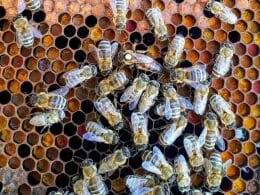 If you watch the birds in yard hunt bugs, you might catch them attacking bees 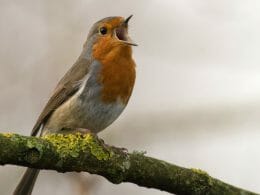