Known for its stunning coastline, green meadow, and pristine mountains, the Pacific Northwest embraces a vast array of wildlife, thanks to its diverse ecosystem. Rumor has it that there are around 400 species of birds in the Pacific Northwest alone. However, some of them are listed as ‘endangered’ or ‘threatened’ by the Washington Department of Fish and Wildlife due to loss of habitat, forest logging, and sometimes poisoning. These rare birds of the Pacific Northwest are especially hard to see in the wild.

Luckily, there’s plenty of efforts dedicated to resuscitating these endangered species by breeding them in special shelters. There’s still a slim chance for you to see them there, though.

That’s why today, we’ve decided to list the top 10 rare birds of the Pacific Northwest.

Marbled Murrelets are small seabirds with pointed wings and relatively large heads. The name ‘Marbled’ refers to the marbled strikes of brown or blue on their plumage. While Marbled Murrelets spend most of their days at the sea, where they swim underwater to feed, they come back to shores to build their nests, breed, and settle, usually at the old forests in the Pacific Northwest.

Unfortunately, the aggressive industrial logging there led to listing this species as endangered in 1988. Marbled Murrelets can’t live in fragmented forests, and that’s why their population has been declining in Washington particularly.

Since 1992, Marbled Murrelets have declined by 30%. That’s alarming!

Golden Eagles are large brown solitary birds with wings that expand to 6.5 feet. Their plumage is mostly brown except for a golden nape. They have relatively small heads with large, hooked bills.

As a result of shrub-steppe degradation, converting wild land into agricultural ones, and even human harassment, the population of golden eagles has significantly declined. Yet, you can find them nearly all year round in northern Washington.

While their population is considered to be nearly stable, golden eagles are a strong candidate for the state’s endangered species list.

Another one of the lesser-known birds is the Western Snowy Plover that is a member of the plover family, one that specifically breeds along the pacific coast.

Author Note: Western Snowy Plovers are small shorebirds with protruding white bellies and darker brown/grey plumage on their napes and heads. They have small thin dark bills and black patches behind their eyes and heads, contrasting their white feathers.

Their forage is usually composed of invertebrate and river gravel bars. Their breeding season extends from March to September, when they lay three eggs in shallow sand. Due to some human interventions, predations, and loss of nesting habitats, the reproduction rate of Westen Snowy Plovers is low, resulting in their endangering.

In 1993, it was listed as endangered, and a recovery plan was made in 2007 to get the population back to stable rates.

Despite being the most abundant crane in the world, the Sandhill Crane is rare in Washington state. Sandhill Cranes already have a low reproduction rate. Besides, their breeding habitats are drastically decreasing and they’re mostly privately owned. Hence, the decline in their number in Washington.

As for appearance, Sandhill Cranes are pretty distinctive with strong and long legs, necks, and bills. They sport grey plumage with rusty red spikes with complementing red crowns in some cases. They also have unique throaty, trumpeting sounds that are loud and can be heard from 2.5 miles away.

Sandhill Cranes prefer wetland habitats that are surrounded by trees and shrubs. In Washington, they target wetlands with Lodgepole pines and Grand Fir forests.

Among the interesting facts about Sandhill Cranes is that they paint themselves with mud as camouflage during their breeding season, and they do come back to the same nesting spot time after time for breeding.

The Brown Pelican is a plunge-diving bird that inhibits coastal areas like islands of the Pacific Coast to stay near water. During its breeding season, it moves towards the north.

Brown Pelicans have distinctive large bills to help them with their foraging. They sport light grey plumage with a white head, in addition to dark brown and yellow feathers along their neck and wings, which they rarely flap.

You can guess from their appearance that Brown Pelicans nest on grounds, cliffs, and low trees. Unluckily, this exposed to massive pesticide contamination in the late 60s, which led to declining their population by large percentages. The issue was mainly because of using DDT. In 1972, DDT usage was banned, and gradually, the population has started to get back on foot.

If you’re looking for the best time to watch a Brown Pelican in the Pacific Northwest, it’d be somewhere between June and October.

You’ll hear a honking call from a V-shaped parade of Canadian Geese in winter and fall, migrating Mid Columbia. When spring comes, they move back to the north to nest and breed.

Canadian Geese have heavy bodies with short legs and long necks. Their necks are black with a white chinstrap, and the rest of their plumage is barred gray and brown.

The Greater Sage-Grouse is a heavy ground bird. It’s the biggest grouse in North America with a small head, a pointed tail, and short rounded wings. Its plumage is mostly gray-ish brown with a big white patch on the collar.

Sage Grouses feed on sagebrush. That’s why they’re mostly found in shrub and meadow steppe habitats. They usually nest on the ground, and they mostly don’t migrate, except for small moves to the lowland when the winter comes.

Washington state used to have the largest population of Sage Grouses until the Washington Department of Fish and Wildlife listed it as ‘threatened’ in 1997. The devastated wildlife as a result of hunting and agricultural land expanding is responsible for that, where the current population is about 1,500 birds.

If you’re lucky, you might catch it doing its remarkable dance to attract mates, where it fills its two yellow sacks with air producing a funny sound and showing its tail.

You can easily spot a Northern Spotted Owl thanks to its large black eyes and a short tail. Unlike other owls, they’re docile. Similar to the rest of owls, they’re nocturnal, and they feed on small mammals and rodents.

The Northern Spotted Owl is medium-sized with dark brown feathers and extensive white spots, and darker feathers around the head. They don’t migrate, and they love old-growth forests. You’ll find them in Western Oregon, Washington, Northwestern California, in addition to southwestern British Columbia.

However, due to consistent logging, the old-growth forests that Northern Spotted Owls love are diminishing. In fact, the Spotted Owls were listed as ‘threatened’ species in 1990.

The irony is that Northern Spotted Owl belongs to a class called ‘Indicator Species.’ These are species whose presence validates the presence of a healthy ecosystem. Yet, industrial domination has destroyed their habitats.

A Northern Goshawk is usually mistaken for a buteo because of its large size. It’s the largest of the accipiter family with dark grey back feathers and white-ish pale grey feathers in the chest and belly areas. You can distinguish it by the white line over its red eyes.

Author Note: The US Fish and Wildlife Service considers Northern Goshawks to be ‘species of concern,’ where they also suffer the consequences of religious logging of forest trees. However, they’re -thankfully- not endangered yet.

Northern Goshawks are non-migratory. They settle in coniferous forests, on forest edges, or mid-level slopes. They sometimes migrate towards lower elevations in winter.

Thanks to California’s condor recovery program, these condors were saved from extinction in a special breeding facility, and they were reintroduced into the wildlife in 1992. Threats to their survival include lead poisoning from animals they feed on and micro trash like the small plastic they eat in an attempt to scavenger some small bones for their chicks.

With a wingspan of 9.5 inches, the California Condor is claimed to be the largest American vulture. Its plumage is entirely black except for yellow patches under the wings. When it’s flying, you can see the finger-like ends of its wings. On top of this gigantic black body relies a naked skin yellowish-pink head with a medium-sized bill.

The Pacific Northwest is a goldmine of rare birds. All you have to do is target which birds you’d love to watch, follow their migration patterns, pack your stuff, and get on a plant to the Pacific Northwest. You’d be delighted by the sightseeings there! 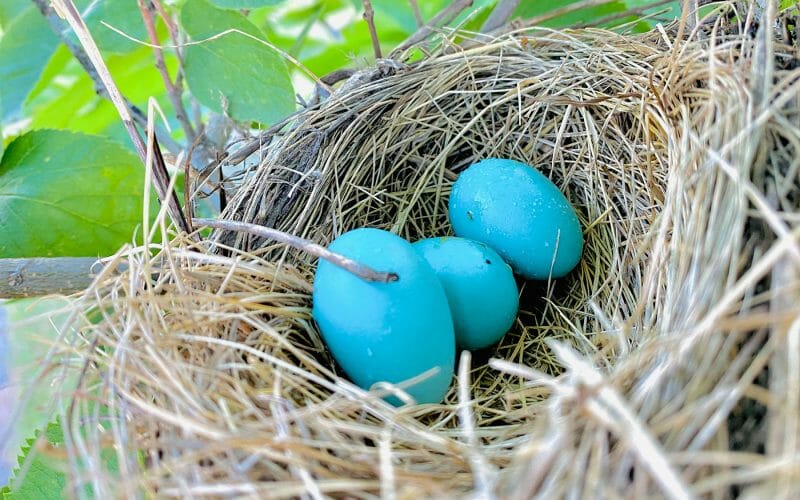 Next
Can Birds See at Night? Everything You Need to Know 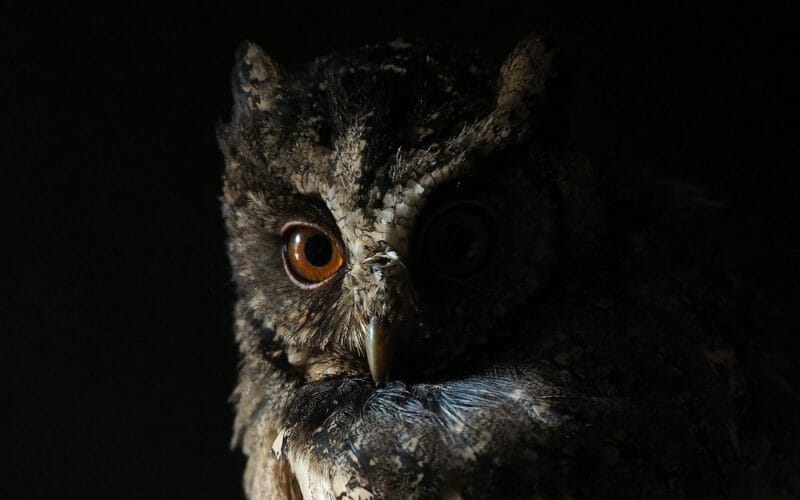 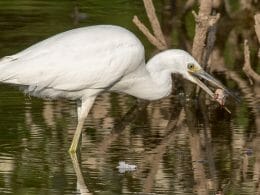 Florida Seabirds: 12 Beach Birds to See in the Sunshine State

Did you know Florida has the second-longest shoreline in the United States? 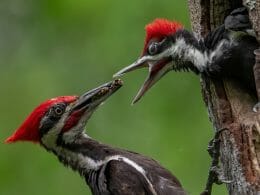 Woodpeckers in Illinois: Top 7 Most Common Species with Pictures

Did you know that woodpeckers sometimes like to make music? 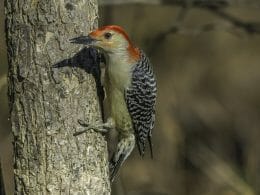 Woodpeckers in Georgia: Top 8 Most Common with Pictures

Georgia is blessed with diverse habitats and physical features, making it 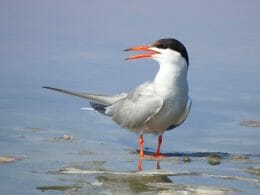